Most memes happen by accident. An artist draws a cartoon, a reddit user will mess around with a stock photo, or someone will take a screenshot from a movie or TV show, and next thing anyone knows that image is everywhere. And then it will evolve, adopting new captions, new connotations, new users. Usually this process is harmless. For some memes, however, the evolution process turns nasty. 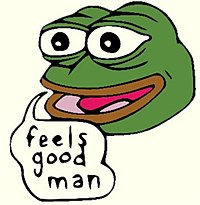 Pepe the Frog via Wikipedia Created by Matt Furie

During the 2016 Presidential Election, Pepe here found himself in the national spotlight. Donald Trump’s campaign shared an image of Pepe edited to look like the then-candidate, and Hillary Clinton’s campaign quickly denounced the Pepe meme.

Let’s contextualize this. Clinton wasn’t condemning Pepe simply because Trump had used him. The problem was that Pepe had already garnered a rather unsavory following: white supremacists.

Of course, not all Pepe users were racists or anti-Semites or white supremacists. Back in 2014, Pepe was just another meme, being tweeted about by celebrities like singer Katy Perry and rapper Nicki Minaj. Pepe was just like Good Guy Greg, Unhelpful High School Teacher, or any of the Internet’s old-timey memes. He was there for a laugh, to convey an emotion, and that was it.

It wasn’t until 2015 that white supremacists, hiding under the anonymity of 4chan and reddit usernames, started associating Pepe with racist imagery like that of the Nazis and KKK. By September 2016, the darker undertones of the Pepe meme became obvious overtones, and the Anti-Defamation League posted a page about Pepe on their list of “General Hate Symbols.” And then in October the Trump-Pepe post appeared, and poor beleaguered Pepe was shoved into the world of American politics. 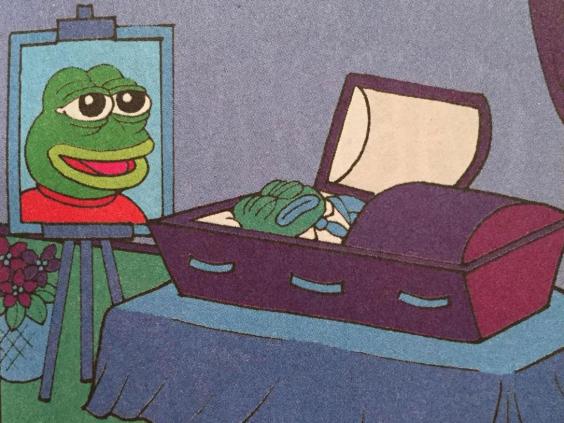 Matt Furie via The Independent

And then, disgusted by the use to which Pepe had been put, his creator, cartoonist Matt Furie, laid Pepe to rest, publishing a cartoon of Pepe in a funeral. Of course, it wasn’t really Furie who had killed the emotive frog—that was the work of the white supremacists who had corrupted Pepe for their own means.

This is the life cycle of a meme. As anti-hero Harvey Dent said in Christopher Nolan’s The Dark Knight (2008), “You either die a hero or live long enough to see yourself become the villain.” In the course of the year I’ve tried to show the heroic aspects of some memes: paying tribute to those who do good, condemning those who are unworthy, drawing societal issues to the fore…These are the memes that die away slowly and of their own accord over time. (For those of you who read my post about the Distracted Boyfriend, you may notice that even the long-endurance of that popular meme has mostly faded away in the intervening month or so.) But Pepe lived so long, too long, perhaps, and he did, indeed, become the villain, at which point the option to fade out of popular attention was no longer available; his creator believed had to be put down.

The question is should we do so, when our memes turn on us? Should we put down memes when they start to stand for messages that we oppose?

Obviously I’m not saying that we should promulgate messages of hate. Racist Pepe needs to die, no doubt about it. Images of Pepe the Frog dressed as a Klan member or smiling at the destruction of the Twin Towers while dressed as a Jew should not, for any reason, be spread (hence my choice to leave them off of this blog). But that isn’t what Pepe was created for nor what he originally meant—it seems rather unlikely that Nicki Minaj was using a racist meme to describe her life. Turning Pepe into a racist icon is a form of terrorism; by forcing a hateful message onto a neutral image, white supremacists limit the means by which everyone else can communicate.

Perhaps that is why Matt Furie isn’t letting go just yet. Last month, he started a lawsuit against Infowars, the site run by conspiracy theorist and alt-right personality Alex Jones. The problem isn’t that Pepe is a neo-Nazi; the problem is that he has been appropriated by neo-Nazis. Furie, for one, seems ready to take Pepe back.

Maybe it’s a pipe dream, but wouldn’t it be better to fight the hate? Instead of hiding Pepe away and letting the white supremacists win, we should be trying to change how Pepe is seen. We should be turning a symbol of hate into a symbol of love.

Once upon a time, Pepe the Frog was just a friendly amphibian, a meme like any other. Sure, now he bears the burden of a message that spreads hate. But like all messages, Pepe’s is dependent on how we interpret him; if we can change his interpretation, we can change his message. And maybe we can take something back from the neo-Nazis. 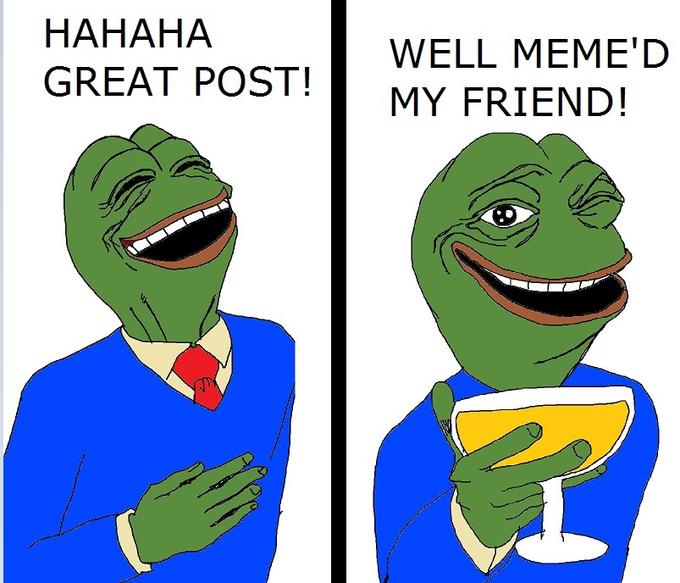